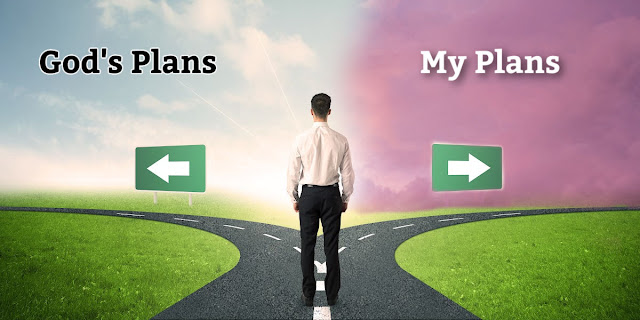 Let me share a fictional scenario:
Bob felt God had called him to an overseas mission field, and he prayed about it with trusted friends and family. Several hindrances stood in his way, but he felt God would confirm his call by removing those barriers, and God did just that.

With these hindrances removed, he moved forward toward his plans with even stronger assurance that God was guiding him.

However, just short of joining his sending agency, Bob fell in love with a young woman who was opposed to his overseas call. The two of them decided to pray about the situation, but they didn't ask friends and family to pray with them. They felt this was strictly their decision.

It was no surprise that their “prayers” convinced them that Bob's call was given when he was single and didn't apply to his married life. They felt free to marry and choose another ministry route.

When Bob's close family members questioned his decision, reminding Him of his "fleece" and the way God had removed the barriers, he explained that it wasn't really their business. Even though they had been some of his most trusted Christian friends, he felt they no longer understood him, and he began distancing himself from them.

Bob's first position as a married man was as a youth pastor, but within a few years, he resigned. He and his wife were not pleased with the focus of the head pastor and elders in the church. They had ministry ideas that the church didn't fully support, and they were sure God wanted them somewhere they'd be more appreciated.

After resigning, Bob rejected offers at several other churches because they were in locations he didn't want to live.

Eventually, he got a job he thought he'd enjoy, but after a year, he realized that his superiors did not fully appreciate his ideas, so he resigned. 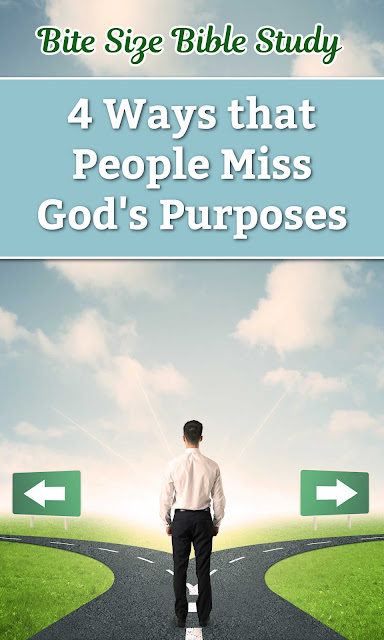 Sadly, Bob struggled for the next few years doing part-time work to support his growing family. But he saw all of this as God's will, and he credited himself for handling it so well.

As years went by, he continued to distance himself from the people in his past who'd once prayed with him about overseas work. He began seeing them as small-minded and legalistic, and he saw no benefit in maintaining healthy relationships with them.

When he reached middle-age, he landed a pastorate of a small church where he was the only full-time pastor.

Over the years, Bob had relaxed his view of the importance of Scripture, and this church fit his criteria. He was excited that he would finally be in charge to do things as he wanted.

In truth, Bob had been in charge from the moment he rejected God's plan for overseas missions.

God's call is different for each person, based on our skills and opportunities. He doesn't call all of us to Christian work, but He calls all of us to His purposes. For many years, my call was to full-time motherhood, something we sometimes fail to see as a calling.

"For we are God’s handiwork, created in Christ Jesus to do good works, which God prepared in advance for us to do." Ephesians 2:10

Whenever we reject God's plan A, we miss God's full purposes in our lives. But God doesn't give up on us. He offers us plan B, and plan C. But eventually, if we continue to ignore His guidance, our purposes become a shadow of what they were meant to be.

Most people don't make all of the mistakes that "Bob" made in this fictional account. So let's take a look at each of them separately:

1. Placing the desires of loved ones above our call.

This applies to anything God calls us to do, not just a lifetime calling like Bob's. God's clearest guidance comes from Scripture, but He also directs us individually in regard to our careers, our finances, our ministry, our parenting, etc.

Because honoring parents is part of honoring God, we must listen carefully and respectfully to our parents' advice, but in the end, we must choose God's call.

For a glimpse at someone who respectfully disagreed with a parent about his calling, see Reckless Abandon, C.T. Studd

In the well-known passage below, "hate" means esteem less than God. It's about putting God's priorities in proper perspective, above all others.

"If anyone comes to me and does not hate father and mother, wife and children, brothers and sisters—yes, even their own life—such a person cannot be my disciple." Luke 14:26

If God gives you a calling and confirms it in the ways Bob's calling was confirmed (i.e. after prayer, counsel, and confirmation), He will not have you marry someone who disagrees with that call, and if you are already married, you and your wife will jointly agree on that call.

The fictional Bob in our illustration failed this enormous test in his life, and it affected every decision he made afterward.

God calls a husband to love and protect his wife, but He also calls a husband to lead his wife. When Bob allowed his wife to lead in this important area, he set a precedence that could not help but cause continuing dysfunction in his marriage relationship. God's design benefits both husband and wife and brings fulfillment that the world can't understand.

See Why Mutual Submission is Impossible. 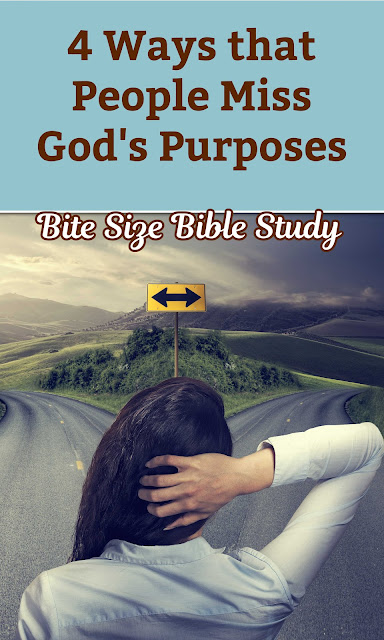 2. Failing to seek "a multitude of counselors."

"Plans fail for lack of counsel, but with many advisers they succeed." Proverbs 15:22

This doesn't mean we seek numerous counselors until we find one that agrees with us. It means we seek counsel from mature Christians who are willing to tell us things we need to hear, not simply things we want to hear. We seek counsel from people who can make biblical judgements apart from feelings and preferences.

Bob not only didn't seek counsel in making his decision, he ignored previous counsel.

3. Failing to learn how to submit to authority.

"Obey your leaders and submit to them—for they keep watch over your souls as those who will give an account—so that they may do this with joy, not groaning; for this would be unhelpful for you." Hebrews 13:17

"You who are younger, submit yourselves to your elders. All of you, clothe yourselves with humility toward one another, because, 'God opposes the proud but shows favor to the humble.'" 1 Peter 5:5

See A Man Who Amazed Jesus.

Instead of seeing the many important benefits in accepting correction, our modern culture teaches us to judge people by how they make us feel, and many healthy relationships are severed because one person refuses appropriate correction from another.

"Do not rebuke mockers or they will hate you; rebuke the wise and they will love you." Proverbs 9:8

When we look back at godly correction, we usually can say with the Psalmist:
"Let a righteous man strike me—that is a kindness; let him rebuke me—that is oil on my head." Psalm 141:5

See The Sting of Correction and The Benefit of Constructive Criticism.

Any and all of these things "Bob" did can diminish our ability to hear God's voice. Instead of seeking God's purposes, we begin seeking our own purposes and justifying them with an outward form of godliness.

"But mark this: There will be terrible times in the last days. People will be lovers of themselves, lovers of money, boastful, proud, abusive, disobedient to their parents, ungrateful, unholy, without love, unforgiving, slanderous, without self-control, brutal, not lovers of the good, treacherous, rash, conceited, lovers of pleasure rather than lovers of God— having a form of godliness but denying its power. Have nothing to do with such people." 2 Timothy 3:1-5

If you have gotten off track, repent carefully, fully, and wholeheartedly. Reconcile with godly counselors you've shoved out of your life. Put God first, and don't trust "easy" answers to your problems. You will have to deny yourself if you want to get back on track with God.

But He's waiting with open arms to take you back! 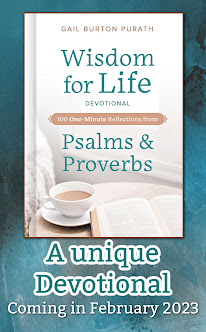