The Importance of Fear 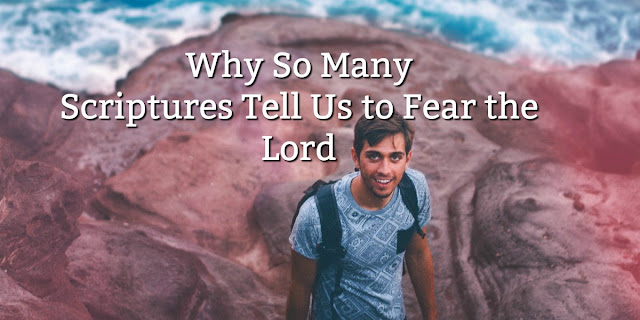 I wonder if modern Christians, myself included, truly understand what it means to have a godly fear of the Lord.

While generations past may have focused too strongly on the wrath of God, I fear that we modern Christians have ignored it.

We've created a god in our own image who is too soft and permissive to fear.

Those who reject Jesus have every reason to fear God in the way criminals fear honest policemen and godly judges.

Romans 1:18: The wrath of God is being revealed from heaven against all the godlessness and wickedness of people, who suppress the truth by their wickedness...

Hebrews 10:31: It is a dreadful thing to fall into the hands of the living God.

As Christians we no longer need to fear God's wrath.

1 John 4:18: There is no fear in love. But perfect love drives out fear, because fear has to do with punishment. The one who fears is not made perfect in love.

But we haven't forgotten that wrath is a very real aspect of His character. And we aren't ashamed to admit it (Jeremiah 9:23-25).

But it also inspires obedience, commitment, and a deep respect for every aspect of God's character - including His holy wrath.

Psalm 25:12: Who, then, are those who fear the LORD? He will instruct them in the ways they should choose.

Psalm 31:19: How abundant are the good things that you have stored up for those who fear you, that you bestow in the sight of all, on those who take refuge in you. 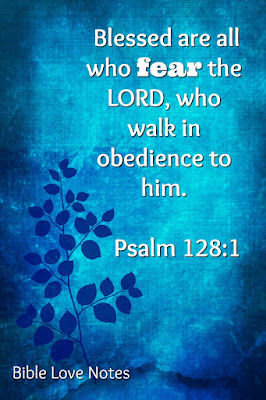 Psalm 33:18: But the eyes of the LORD are on those who fear him, on those whose hope is in his unfailing love...

Psalm 34:7: The angel of the LORD encamps around those who fear him, and he delivers them.

Psalm 34:9: Fear the LORD, you his holy people, for those who fear him lack nothing.

Psalm 85:9: Surely his salvation is near those who fear him, that his glory may dwell in our land.

Psalm 103:11: for as high as the heavens are above the earth, so great is his love for those who fear him...

Psalm 112:1: Praise the LORD. Blessed are those who fear the LORD, who find great delight in his commands.

Psalm 128:1: Blessed are all who fear the LORD, who walk in obedience to him.

Psalm 145:19: He fulfills the desires of those who fear him; he hears their cry and saves them.

Psalm 147:11: the LORD delights in those who fear him, who put their hope in his unfailing love.

Note: Remember that Proverbs are not promises unless they are restated as such in other books of the Bible (See Proverbs Aren't Promises). For example, the first proverb below is a promise confirmed elsewhere (e.g. 1 Corinthians 1:18) but the second proverb below is a wise saying (i.e. godly people sometimes die young). But we can still glean a spiritual principle from Proverbs 10:27 regarding the quality of a godly person's life.

Proverbs 1:7: The fear of the LORD is the beginning of knowledge

Proverbs 10:27: The fear of the LORD adds length to life, but the years of the wicked are cut short.

Proverbs 14:26-27: Whoever fears the Lord has a secure fortress, and for their children it will be a refuge. The fear of the Lord is a fountain of life, turning a person from the snares of death.

Proverbs 15:16: Better a little with the fear of the LORD than great wealth with turmoil. 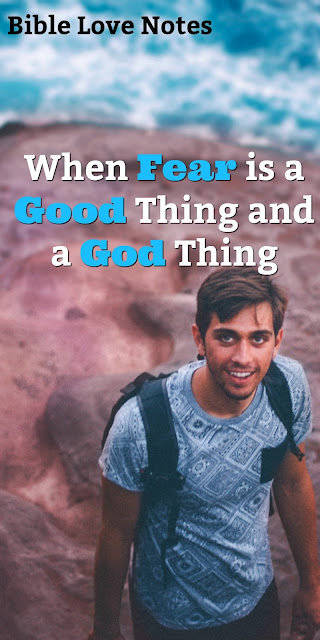 Proverbs 19:23: The fear of the LORD leads to life; then one rests content, untouched by trouble.

Proverbs 22:4: Humility is the fear of the LORD; its wages are riches and honor and life.

Proverbs 28:14: Blessed is the one who fears the LORD always, but whoever hardens his heart will fall into calamity.

Ecclesiastes 7:18: Whoever fears God will avoid all extremes.

Ecclesiastes 8:12-13:  Although a wicked person who commits a hundred crimes may live a long time, I know that it will go better with those who fear God, who are reverent before him. 13 Yet because the wicked do not fear God, it will not go well with them, and their days will not lengthen like a shadow.

Isaiah 33:6:  He will be the sure foundation for your times, a rich store of salvation and wisdom and knowledge; the fear of the LORD is the key to this treasure.

Note: Don't you love the passage below? God calls those who fear Him His "treasured possession."

Malachi 4:2: But for you who fear my name, the sun of righteousness shall rise with healing in its wings. You shall go out leaping like calves from the stall.

Luke 1:50:  His mercy extends to those who fear him, from generation to generation.

Revelation 11:18:  The nations raged, but your wrath came, and the time for the dead to be judged, and for rewarding your servants, the prophets and saints, and those who fear your name, both small and great, and for destroying the destroyers of the earth.