Clear Proof that Premarital Sex is Forbidden in Scripture 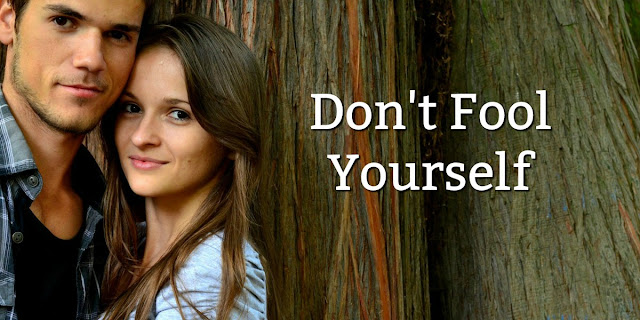 As an introduction to this study, please read Premarital Excuses.


Is Premarital Sex Forbidden in Scripture?

Some modern Christians claim premarital sex is not prohibited in Scripture, but this is usually based on their misunderstanding of the word translated “sexual immorality” in Scripture.

The passages below use the Greek words porneuó and porneia which mean “fornication.” Fornication describes ANY sex outside of marriage, but it's most often used for premarital sex.

“Sexual immorality” is an accurate translation because only those who are trying to find a loop-hole would think premarital sex isn't included in sexually immoral behavior.

1 Corinthians 6:18: "Flee from sexual immorality. All other sins a person commits are outside the body, but whoever sins sexually, sins against their own body."

Ephesians 5:3: "Among you there must not be even a hint of sexual immorality, or of any kind of impurity, or of greed, because these are improper for God's holy people."

Claiming something is approved simply because it's not specifically mentioned in Scripture is a poor argument. 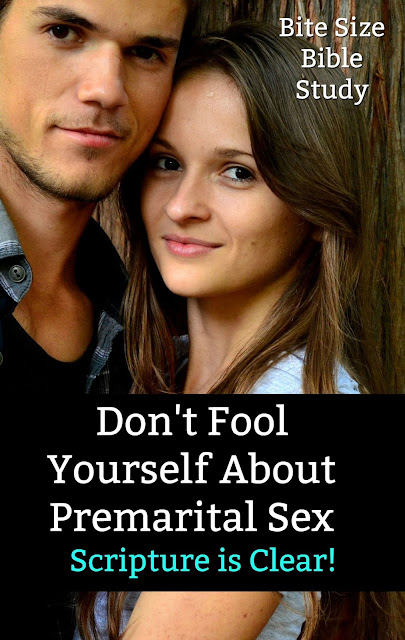 God makes it explicitly clear from the beginning that sexual intimacy is reserved for the marriage of a man and woman:

Genesis 2:24-25: "Therefore shall a man leave his father and his mother, and shall cleave unto his wife: and they shall be one flesh. And they were both naked, the man and his wife, and were not ashamed."

If you have any doubts that Genesis 2:24-25 is talking about marriage, Jesus quotes it in Matthew 19:5: "For this reason a man will leave his father and mother and be united to his wife, and the two will become one flesh."

Other passages also address sexual intimacy as an exclusive right of the married:

1 Corinthians 7:2: "Since sexual immorality is occurring, each man should have sexual relations with his own wife, and each woman with her own husband."

1 Corinthians 7:8-9: "Now to the unmarried and the widows I say: It is good for them to stay unmarried, as I do. But if they cannot control themselves, they should marry, for it is better to marry than to burn with passion."

Hebrews 13:4: "Marriage should be honored by all, and the marriage bed kept pure, for God will judge the adulterer and all the sexually immoral."

Some people try to claim that premarital sex is appropriate for engaged couples.

In 1 Corinthians 7, Paul talks about marriage and in verses 8-9 he says: "Now to the unmarried and the widows I say: It is good for them to stay unmarried, as I do. But if they cannot control themselves, they should marry, for it is better to marry than to burn with passion."

Paul is saying that in certain circumstances, it's better not to marry; but he adds this important truth in verse 36 that clarifies that sexual intimacy is reserved for marriage, not engagement:

1 Corinthians 7:36: "If anyone is worried that he might not be acting honorably toward the virgin he is engaged to, and if his passions are too strong and he feels he ought to marry, he should do as he wants. He is not sinning. They should get married."

Anything of value is worth waiting for, and marriage is certainly a thing of value. Married life requires self-control in many areas. If we can't control ourselves sexually, perhaps we are not ready for marriage (1 Corinthians 9:25; Galatians 5:22-24).

In addition, having sex when engaged violates the following passages which tell us not to make assumptions about the future. We don’t know what will happen tomorrow.

Proverbs 27:1: "Do not boast about tomorrow, for you do not know what a day may bring."

James 4:13-15: "Now listen, you who say, 'Today or tomorrow we will go to this or that city, spend a year there, carry on business and make money.' Why, you do not even know what will happen tomorrow. What is your life? You are a mist that appears for a little while and then vanishes. 15 Instead, you ought to say, 'If it is the Lord’s will, we will live and do this or that.' "

Some claim that living together is a good "test" for the relationship. Besides being against God's loving commands, there's no evidence that this "test" is helpful. Some studies show that living together decreases your chances for a good marriage. Other studies show no significant difference. When couples break up after living together, they suffer the same emotional and spiritual problems as those who divorce. All intimacy outside of marriage affects our souls (1 Corinthians 6:15-16).

God designed sexual intimacy to bring us blessings. When we reject His design and have sex outside of marriage, we choose less, not more. We open ourselves to physical, emotional, and spiritual damage. If you are having premarital sex, I encourage you to repent and find a mature Christian friend who can keep you accountable. I also encourage you to memorize some of the passages above.